Some buildings are designed to house hopes and dreams, others are aspirational, built with the hope that dreams will come true from inside. Diamond Mountain Retreat Center has embarked on a project that will achieve both. We are constructing seven marble Medicine Buddha stupas leading up Mount McCollough in the spirit of our lineage lamas. The funding for six of the stupas is coming from our international groups, but one has been reserved for those of us with a limitless vision of a stupa that stands without the notion of borders. We are seeking support from the four corners and seven continents of the world to help us build what we call the Beyond Borders Stupa or Tsam De Stupa.

Buddhist stupas are intended to dissolve all negative obstacles in the world, favorably contribute to the prosperity of the area where they are built, and benefit people, especially those who visit these stupas consciously.

According to the path, all who come in contact with a stupa (come to see it, walk around, make offerings), receive purification from various failings, acquire the ability to develop virtue and thereby accumulate great spiritual merit, which helps to free us from suffering.

The Buddha is the embodiment of an elusive absolute reality – one of the “ineffable” things that cannot be described. In this sense, the stupa is considered to be the material embodiment of the Buddha himself and the Buddhist stupa is often referred to as the Stupa of Enlightenment.

In the words of Jim Westbrook, who has been a core participant in stupa-building, “I believe early on we were reminded by our teachers time and again of the great opportunity at the heart of the Stupa-building project. That is, the incredible karma necessary to even see a Stupa, much less build one. After several minutes of this, I seem to remember, most of us were in tears. And as much as karma is required for this opportunity, the karmic results are, as our Lama said, “simply inconceivable.” I have often heard the phrase: “power of the object,” referring to the Stupa, of course. I am happy to say that this is something which can be experienced. We used to joke that “we are building the Stupa as the Stupa is building us!”

“We listen to Dharma teachings, meditate on them, try to understand them, but how can such an object as a Stupa, this form, have such an effect on us? I think one way to understand this is as a result of all the devotion and prayers and effort directed toward and offered to the construction of the Stupa as a symbol and manifested representation of the Buddha himself. And living with it as truly a representation of and reality of the Buddha among us.”

The practice of the Medicine Buddha is an especially poignant one as it gives direct instruction on how compassionate bodhisattvas reached enlightenment by means of the strength of Shakyamuni Buddha’s wisdom and guidance.

Please join us in this opportunity to not only contribute to the power of the object, but to your own ability to clear away obstacles and embrace the merit awaiting you as we build this high karmic object.

The Tsam De Stupa is an audacious and ambitious project to create a pilgrimage destination for people to focus on bringing healing and peace to themselves, their relationships, and the world through ancient wisdom. Our goal is to reach $500,000 a year for 3 years for a total of $1.5 million by 2023. Any donation is welcome including one-time, monthly, or annual donation commitments. 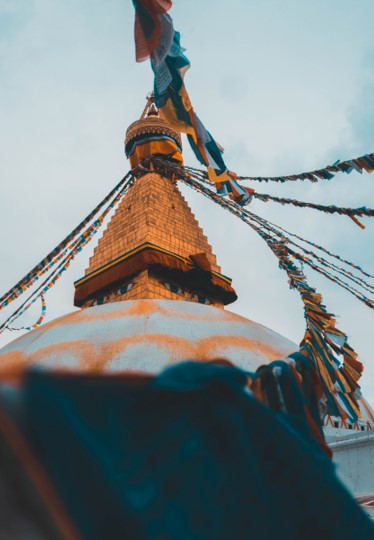