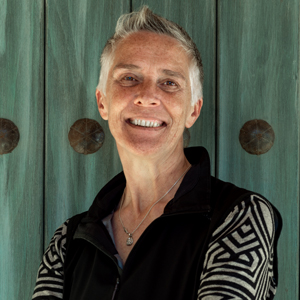 “Happiness is when the bass starts to play” – isn’t this the perfect life theme for an ordained nun?”

Venerable Sunam is passionate and joyful in everything she does and mixes “rock ’n’ roll” with a touch of German efficiency. She is a licensed veterinarian, successful IT project/program manager, and has worked as a database specialist for international projects. As director she goes above and beyond to create a remarkable retreat experience for guests and retreat producers.

After decades of chasing her own happiness with egoism, hazardous sports, lots of work and not getting anywhere, Ven. Sunam discovered Dharma in 2005 by reading the Diamond Cutter by Geshe Michael Roach. Ever since she has been studying, teaching, and translating ancient texts with joy and happiness, transforming herself into a kinder person. Ven. Sunam has studied all 18 ACI Courses and 11 DCI Seminars, has attended nearly all LAM RIM Retreats and several Translator Terms. She is a certified ACI Senior teacher, and a certified Sivananda yoga teacher.

She fell in love with Diamond Mountain and the desert during her first visit in 2014 and has the passion to preserve the silence, nature, and magic of this exceptional place while transforming it into “the retreat” place for modern time.

How Karma and the Buddhist Principles have helped her:

Through applying the principles in my life: become a much happier person, be able to work part time in a management position, time & money to travel the world to attend teachings, having deeper fulfilling relationships with people, a loving relationship with my family esp. my mother after decades of tension. 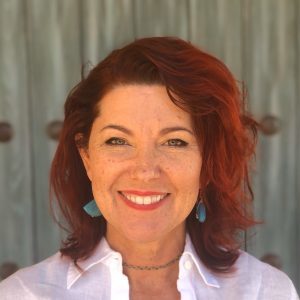 Hanlie’s fascination with human behavior started while growing up in South Africa. An adventure seeker and serial entrepreneur she started her first of several businesses at the age of 23 followed by a career that spans three decades and four continents.

As a social scientist she was inspired by Nelson Mandela who said: “People must learn to hate, and if they can learn to hate, they can be taught to love”. This quote also formed the basis of her Ph.D.  In the last decade, her focus was on behaviorally designing the world of work to humanize workplaces by creating a culture of tolerance and connectivity.

She started meditating and doing spiritual retreats in the early 2000s. A friend introduced her to Asian Classics Institute courses where she received teachings from Geshe Michael Roach, Lama David Stumpf, and Lama Marut.  She taught herself yoga from The Tibetan Book of Yoga, expanded her repertoire to Ashtanga, Inyengar, and Bikram only to find her way back to the yoga of Lady Niguma. A trip to the temples of Thailand forever changed her life. After moving to the US she found her Sangha in Chicago.

Hanlie took the long road to get to Diamond Mountain. She was the last volunteer to arrive before the COVID-19 lockdown and the instant she set foot on the property she knew she was not going to leave in any hurry. She served as Co-Director during COVID and is now coordinating the Stupa project.

For me, the value lies in applying the principles to every encounter, situation, and interaction. As a closet nerd, I strive at all times to bridge the gap between principles, theory, and practice. The result is equanimity, perpetual learning, and loads of fun! 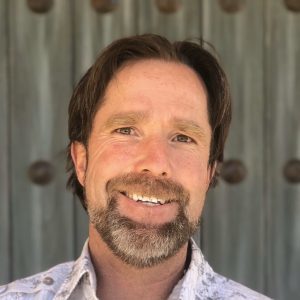 Luke, a.k.a. ‘Master Luke’, has multiple trade skills coupled with the patience and dedication for problem-solving that are worthy of a true Jedi. As the youngest of 15 children growing up in a hard-working family of mechanics, welders, roofers, builders and backyard inventors, he naturally learned and assimilated many of these skills at a very early age.

Luke is a California native whose family moved to the quiet town of Bowie, Arizona in the late 80s. During a two-year stint in Las Vegas he worked at his brother’s successful roofing company, learning the trade and eventually becoming a foreman with his own work crew. Upon returning to Arizona in the late 90s, he met his life partner, Kaia. During the course of building their homestead in Bowie, he discovered the world of solar power and a talent for woodwork.

His sought-after skills led him to a relationship with Diamond Mountain Retreat Center in the early 2000s where he took part in many of the building projects leading up to the three-year retreat in 2010. He masterfully crafted the beautiful mesquite doors and windows in the intriguing Blue Sky dome. He felt an immediate sense of kindredness to the place and the people.

In 2019 he took on the position of facilities manager. Luke’s patience, compassion, love of nature, the pursuit of spiritual growth, and talent in multiple trades make him a perfect fit for the job. His mission at Diamond Mountain Retreat Center is to maintain a beautiful and comfortable environment for people to relax and enjoy their retreat experience. 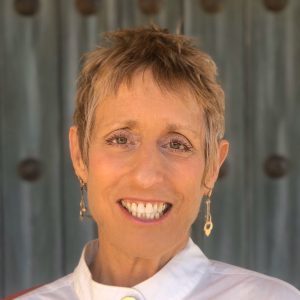 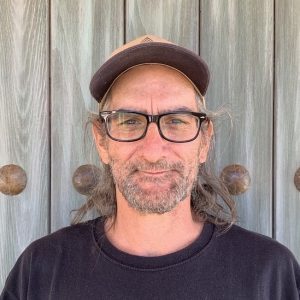 John feels responsible for all the things you might never notice at Diamond Mountain. He works behind the scenes to make every interaction a five-star experience for visitors when they are here. He likes to figure out tricky puzzles, loves efficiency, and being useful. If you want something done, ask him and be delighted that a short while later, it’s done.

His experience working at Taco Bell, Toyota, in the Army, warehousing, compressed gas industry, and CNC machining, gives him the broad range of experience that makes him ideal for working on the Diamond Mountain maintenance crew where there are myriad of challenges coming at you and you have to figure it out.

He likes the challenge of making eggs for large crowds, is an amateur photographer, and has an eclectic and ever-growing music collection. And, if you see him doing the dishes, leave him to it.

How Understanding Karma and the Buddhist Principles has helped him:

Serving by being useful and applying the Dharma to everyday life is what matters most to him despite completing the ACI courses and studying the Three Principle Paths. You will often hear him asks ‘to what end?’, causing you to pause and reflect. When asked about his greatest accomplishments he says: “If I died right now, I can say I stopped killing bugs intentionally” 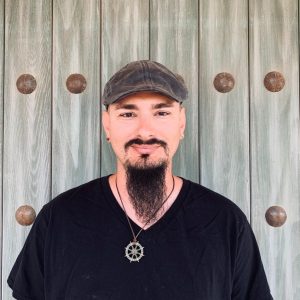 Patrick jumps at the chance of learning to do something new. According to his friends he is a bit of a chameleon due to his ability to adapt to novel environments and learn new skills. How perfect is that for working at Diamond Mountain! His deep passion for helping people who suffer from mental illness motivated him to earn valedictorian for his Associate’s and cum laude for his Bachelor’s in Psychology. He is also the first in his family to graduate from college. He continues to host weekly support meeting for those suffering from mental illness knowing how harmful stigma can be. For him, breaking that stigma is practicing Bodhichitta.

He has travelled around most of North America, been to a lot of national parks and love the outdoors. He claims the distinguished achievement of having summited America’s smallest peak. Since converting to Buddhism it has been his dream to practice it full time. Joining the team at Diamond Mountain made a wish come true and it has exceeded all of his expectations. 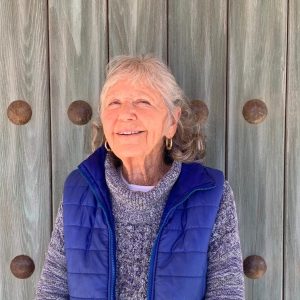 Susan is full of delightful surprises. She can drive a backhoe, front-end loader and Bobcat as well as she can organise, plan, budget or cook for 40+ people or lay tile, install sheetrock and do plumbing…all that with a smile and a kind word. For almost 30 years she was an active member of Human Service Alliance (501C3) whose mission is to stimulate and encourage endeavors that contribute to the expansion of human consciousness; the proactive, creative and practical expression of goodwill among all peoples; and the manifestation of human goodness.

She was part of the group who were studying a very inclusive spiritual tradition – the Ageless Wisdom Teaching – as well as serving the community of Winston Salem, NC with very practical and essential programs offered at no charge by all volunteer staff. The Teaching resonated immediately and is presented through many books offered by a Tibetan Lama, Djwhal Khul, whose words were transcribed by Alice Bailey in the 1930s and 40s.The Buddha was presented as the Wisdom Aspect and The Christ as the Love Aspect, forming the oversight of the Divine Hierarchy.

She believes in the benefits of living in a community that supports service, study and meditation. Based on her life experiences and more awareness of her busy mind, that there is a greater, focused opportunity for learning and practice within an environment which fosters this intent here at Diamond Mountain. 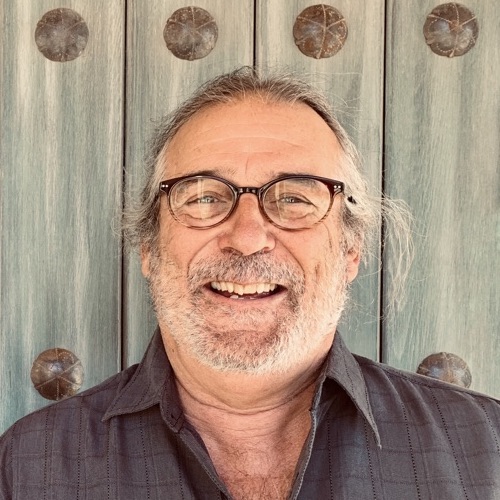 Joe has an engineering technology degree and worked in engineering for 30 years. He is also a veteran of the army and navy. Most importantly… he is a grandfather of 9!

In 2002 he came across Geshe Michael on the internet and followed his teachings until 2009. When he retired early at 57, he drove out to see Diamond Mountain in person where he worked with a lot very cool people building the retreat valley.

After volunteering at Diamond Mountain for two years he remembered he had a guitar at home in Wisconsin. The next time he came back he brought it along and has been entertaining us and working on his guitar skills ever since.

Joe loves the land is beautiful sparse that goes for miles and we love his calm, grounded energy and sense of humor.

He works with our maintenance team and takes care of our gnarly roads.