Is It All In My Head? An Introduction To The Mind-Only School, Part 1: Mind-Only In Context 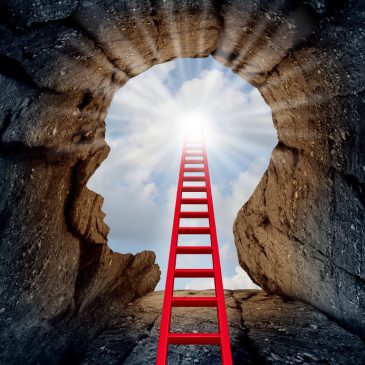 Imagine you’re a brain in a jar.

Just a brain, in some mad scientist’s lab, hooked up to a bunch of wires that stimulate your sense faculties, creating an illusion of reality.

Would you have any way of knowing what you are?

This is the thought experiment that first comes to mind when hearing about the Mind-Only school of Buddhism. It seems like it says that nothing exists, it’s all just an hallucination and I’m alone in my head.

In fact, Mind-Only is a fascinating and profound lineage. Emphasizing strong practice and direct experience, it made great contributions to Buddhist logic and psychology, as well as forming a point of contact between Buddhist and non-Buddhist schools of classical India.

In Part 1 of this article, I will give an introduction to the Mind-Only school, its place in history and the value of studying it. In Part 2, I’ll present a closer look at the key ideas and innovations of the Mind-Only. Along the way, we’ll also examine how Mind-Only teachings relate to the Mādhyamika and how understanding each can support the other.

If you have been practicing in a single lineage for a while, you may not feel so compelled to look for teachings outside of it. However, it can be a beautiful opportunity to expand your view, for a few reasons.

Every school or spiritual approach puts the puzzle together in a different way. This allows practitioners to remove their ignorance at whatever level is the most relevant for them.

It’s like when you’re cleaning a room. First you might wipe down all the shelves and surfaces with a big damp cloth. Then, you will go into the little cracks, corners and edges. You’ll use your fingernail or maybe a toothbrush to get everything out of the tightest spots. Finally, you sweep what’s left on the floor with a broom, and pick it up with a brush and dustpan.

You need a different tool for every step of the process.

Our minds are like a dirty room, full of junk and obscured by the dust of wrong perception. We act based on the conditioning of lifetimes of bad habits and mistaken worldview. There is no one single “tool” that can clear it all out in one go.

If there were, after all, it would work for everybody.

It’s clear that everyone is at a different point in their spiritual evolution. Some people benefit the most from intellectual study, some people are cultivating devotion, others are learning through service. Some people thrive from learning about emptiness, others are frightened and put off by it.

Nagarjuna, in his Precious Garland, compared the Buddha to a school teacher, teaching first the alphabet to young children and advanced grammar to the more experienced.

In this way, different (even contradictory) teachings are necessary for each being as they progress along the path.

Buddhist schools and other spiritual traditions are in dialogue

From our modern perspective, it’s easy to look at these ancient Buddhist lineages as if they sprang into being fully formed.

In reality, they are all living traditions that developed in active dialogue (and sometimes fierce competition) with each other. The schools of Buddhism in India and Tibet were talking, debating and shaping each other for millennia.

And they had no compunctions against interacting with their non-Buddhist neighbors. If you look closely at many Hindu mystical traditions, there’s clearly a flow of ideas and inspiration going both ways over the ages.

It can be difficult to understand these teachings in isolation. Many Buddhist texts are actually part of ongoing conversations between different schools and traditions: taking them out of their context can be confusing and misleading.

When you take a broader look at how ideas were developed by great spiritual minds in action, it brings them alive and clarifies a lot of misunderstandings.

Exploring other teachings keeps us from getting rigid.

In general, it’s good to commit to a path and go deep in it, rather than scatter your energy exploring everything out there.

However, sometimes it’s good to branch out a little bit.

If you never look beyond our chosen path, you can get rigid and dogmatic. There’s also the danger that you’ll begin to mistake the path for the goal.

Dharma teachings aren’t truth in themselves: they are frameworks for the mind that direct it towards the truth.

Exploring other teachings is a reminder that there are as many paths as there are practitioners. They are all relative, after all. Any set of teachings functions only according to the karma of the one who practices it.

So without further ado, let’s meet the Mind-Only school.

The Cittamātra (“mind-only”) or Yogācāra (“yoga practice”) was founded by the 4th-century pair of half-brothers Asanga and Vasubandhu. Asanga was said to have received teachings from Buddha Maitreya himself.

As a school of thought, Yogācāra specialized in approaching all questions of metaphysics and abstract principles through the lens of meditative experience. They focused on individual consciousness, its structure and they way phenomena arise within it, because this was seen as the foundation of ignorance.

By understanding the karmic causes of suffering, these causes can be eliminated.

After Vasubandhu, Yogācāra split into two branches: a logico-epistemological tradition and a school of Abhidharmic psychology. Both branches worked together and were deeply concerned with questions of cognition and how to correct cognitive misperception.

Yogācāra developed alongside Mādhyamika for centuries. In India and Tibet, there was a rich tradition of debate between them.

The two schools use some different terminology, but the disagreements between them are actually quite subtle. The main differences revolve around the view of emptiness of the existence or non-existence of external objects.

Yogācāra was brought to Tibet by Śāntarakṣita and Lord Atisha, where it flourished. In fact, the earliest work of Je Tsongkhapa is based in Yogācāra principles.

As the dialogue between schools progressed, eventually some great scholars synthesized the two schools, accepting the Mind-Only structure as a ground map of conventional reality that students could use on their progression towards ultimate reality as defined by the Mādhyamika.

I will cover the relationship between Yogācāra and Mādhyamika in more detail in Part 3 of this article.

The Mind-Only also had a fruitful relationship with non-Buddhist schools.

There are clear parallels between the basic tenets of Yogācāra and Advaita Vedanta, to the degree that Adi Shankaracharya, the 9th-century founder of Advaita Vedanta, was apparently accused of being a secret Buddhist! 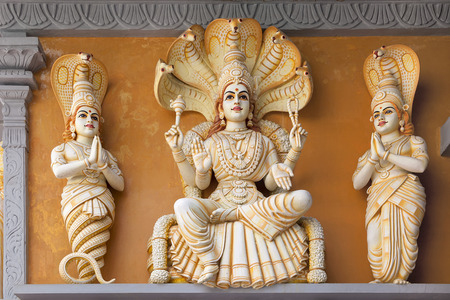 Non-Buddhist schools such as Samkya and Advaita Vedanta were in dialogue with Mind-Only ideas.

Dignaga, the 6th-century Indian scholar who created the standard formulation of Buddhist logic that would endure until the present day, was a student of Vasubandu. His work influenced both Dharmakirti (himself straddling the Yogācāra, Sautrantika and sometimes Mādhyamika views) and the non-Buddhist Nyaya school, against which Dharmakirti frequently debated.

Through Dharmakirti among others, Yogācārin ideas permeated the Nyaya, Mimamsa and Shaivist branches of Hinduism, especially the Pratyabhijñā school in Kashmir.

(Side note: “Hinduism” as a blanket term for all Indian religious practices outside of Buddhism, Jainism and Sikhism is a recent Western imposition, but for lack of a good alternative, I use it here.)

Yogācāra and Kashmir Shaivism both assert that awareness is self-illuminating and forms the basis of all objects.

Abhinavagupta, perhaps the greatest Shaivist master, actually quotes from Dharmakirti’s Pramāṇaviniścaya arguing that all objects are perceived objects, that nothing can be known separate from consciousness.

Utpaladeva, the 10th-century founder of the Pratyabhijñā tradition, based much of his work on Yogācāra epistemology. However, Utpaladeva and Shaivism in general assert the absolute reality of a transcendent, non-conceptual subject, a view not found in Yogācāra.

The key to understanding the Mind-Only teachings is to realize that this school was interested in epistemology, not ontology.

Mind-Only is an experiential approach intended to describe the workings of the mind and reality from a first-person perspective.

The goal is not to construct an accurate model of the world but to remove ignorance. This is the attitude of Buddhism in general, and it’s especially strong among Yogācārins. (It’s also the source of the name “Yogācāra,” emphasizing the school’s commitment to practice and personal experience.)

When the Buddha was asked questions about metaphysics and the origin of the world, he wouldn’t give definitive answers. If you’ve been shot with an arrow, don’t waste your time asking what type of wood and feathers it’s made from; get the arrow out!

Trying to define what’s beyond the scope of the senses and rational mind is just fuel for speculation and mental loops, unless it comes out of a profound, direct experience.

The Mind-Only school is fascinating because it stands at the intersection of many streams of thought. It’s a central point in the lively interactions between the Mādhyamika, lower schools of Buddhism, and prominent schools of mystical Hinduism, including Advaita Vedanta and Kashmir Shaivism.

It’s especially beautiful as a complement to Mādhyamika, since for many centuries these two were the most influential branches of Mahayana Buddhism in India and Tibet, and their ideas developed in parallel.

Understanding Yogācāra allows for more profound insight into the Mādhyamika views, as well as an effective theoretical framework to support meditation practice. The Yogācārin emphasis on psychology and personal experience, combined with the intellectual rigor of Mādhyamika, is a powerful combination.

Now that we have a broad overview of Yogācāra and how it fits into the historical stream of Indian spirituality, I hope you’ll follow me into the next part of the article, where we’ll delve deeper into the ideas of the Mind-Only school.