An Introduction To The Mind-Only School, Part 2: Key Tenets of Yogācāra 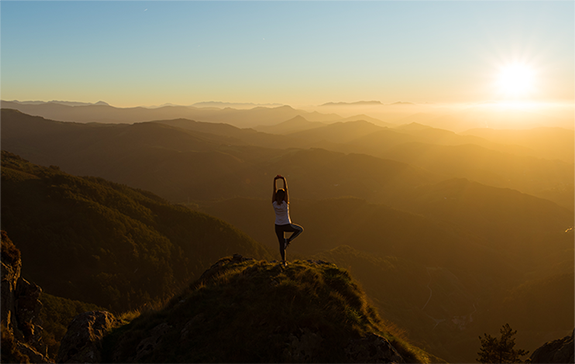 Are there any objects other than objects of perception?

If I am always changing, how does my karma stay with me?

Where does the ego come from?

These are questions that spiritual seekers have been grappling with for millennia.

The Mind-Only school of Mahayana Buddhism offers a profound and coherent response to these issues and many others.

In the last article in this three-part series, I presented a high-level overview of the Mind-Only, also known as Yogācāra.

In this article, I invite you to go deeper into the central teachings of Yogācāra. Let’s take a look at the most important ideas and principles of the Mind-Only school.

As we go, remember that Yogācāra is a tradition first and foremost of spiritual practice, not abstract philosophy. All of these teachings are meant as a map of individual experience, a map that practitioners can follow on their way out of the limitations of the individual mind.

Vijñapti-mātra: “nothing but consciousness, cognitive representations only”

The primary tenet of the Mind-Only school does not say that only the mind is real or the world only exists inside an individual mind.

Rather, it means that all our perceptions, everything we know about the world, happen within the mind.

This is undeniably true, though we have a hard time recognizing it.

I look at a tree and I think I see a tree; I don’t think that I’m “seeing” an interpretation of visual data that my brain creates out of a certain spectrum of visible light received by my eyes.

We generally believe very strongly in our senses and assume that there is a direct correlation between what we perceive and what is “out there.”

This is not a solid assumption. First, because our senses create a picture of the world based on a very limited set of data: the world the way we know it is very different than the reality known by a bird that can see ultraviolet light, or a dog who is red/green colorblind but can smell at least 10,000 times better than us. And secondly, because the senses don’t actually need an external world to function.

In fact, sense perceptions that are not triggered by external stimuli (like hallucinations or dreams) can be just as vivid or even more so than normal perceptions. If you've ever had a lucid dream and been able to consciously explore your dream world, you can observe for yourself how well the senses create an appearance of reality without any link to the outside world.

When we forget that our perceptions and experiences are mental constructions, we mistake our interpretations for reality, thinking they are the same as what is being interpreted. This, according to Yogācāra, is the fundamental ignorance.

So what is there that our sense consciousness is interpreting?

We can’t say. It’s an epistemological black hole. At that level, you can’t even talk about existence or non-existence, whether or not there is a material objective basis or “raw data” of subjective experience. The Yogācārins, as a point of principle, do not try to address this unanswerable question.

According to Yogācāra, all phenomena have three natures, or ways of being.

More correctly, since all phenomena are objects of a perceiving subject, there are three cognitive modes through which any being can perceive the world. Vasubandhu defines these “three natures” in his treatise Trisvabhāvanirdeśa.

The third nature acts as a purifying force, removing the delusions of the first nature.

But when mixed with the third nature, it becomes the highest view. The flow of all phenomena is both eternally happening and essentially empty: fullness and void at the same time, a union of existence and non-existence.

One of the psychological innovations of the Mind-Only school is the system of 8 consciousnesses.

It’s an expansion on the classical Buddhist definition of the 6 consciousnesses. This includes the five senses we’re familiar with plus the mind, seen as a subtle sense organ creating images of internal perceptions.

To call something a consciousness rather than just a sense implies that it’s higher up on the cognitive ladder.

In the case of the mind, the mental consciousness occurs when the empirical mind contacts the energy of thought and ideation.

Manas or self-consciousness, the seventh consciousness, is the part of the mind that creates an illusion of individual self. It is essentially taking all of our experiences, both of the senses and of our own existence, and slapping a label of “this is me” onto it.

Mind-Only scholars refer to this as the “defiled” mind because this is the point where the ego contracts reality into itself. It is roughly the equivalent of the ahamkara in Hindu traditions.

Above or below this level, there is no sense of “me.”

Below it, there is the working of the six sense consciousnesses, which do not inherently have this feeling of “me.” A visual perception occurs and it is simply that, until manas makes you believe “I am seeing this.”

Above the level of manas, we are already at ālaya-vijñāna, the impersonal storehouse consciousness.

A unique feature of the Yogācāra system, ālaya-vijñāna is the most fundamental layer of perception.

It is a base level of consciousness that receives all perceptions and out of which all experiences arise. ālaya-vijñāna (literally “storehouse consciousness”) is like a warehouse of karma. The imprints of any action are stored here as karmic seeds, and when they have ripened, they unfold as an event within one of the sense consciousnesses.

ālaya-vijñāna continues uninterrupted from life to life. Every sentient being has their own storehouse consciousness, collecting the imprints of their unique experiences and generating a unique reality for them.

However, ālaya-vijñāna should not be mistaken for a permanent self belonging to each individual. Why?

Manas is actually where the illusion of individual identity appears. It grasps onto the activity of ālaya-vijñāna  and creates a sense of self from it, mistaking itself for an object within the field of experience.

ālaya-vijñāna is an answer to the problem of continuity: if everything that I experience (including my image of myself) is the product of past karma, without any individual self to hold it all together, what makes it so that I experience the results of my own past actions?

How can I even say that they are my actions, when the being who experiences the results is completely different from the one who created the causes?

However, the concept was heavily criticized by opposing schools, for whom it seemed too close to saying that sentient beings have a permanent, self-existent nature. Chandrakirti and Bhavaviveka (both Mādhyamika) argued that ālaya-vijñāna was atman in disguise, something that exists absolutely but beyond contact with the phenomenal world.

Indeed, it seems at first glance to have a lot in common with the Hindu description of consciousness as the universal, transcendent basis of reality, although it is not the same. (The difference will become clear when I talk about the Mind-Only view of enlightenment.)

To avoid the stigma, later Yogācārins dropped the term ālaya-vijñāna and instead used citta-santana (“mind-stream”) to refer to essentially the same idea.

View of dependent co-arising: subject and object arise from the same seed

Another hallmark of the Mind-Only is the assertion that subject and object arise from the same karmic seed, or bija.

In any act of perception, we can identify three elements: subject (the one who perceives), object (the thing which is perceived) and the perception itself.

We very much believe in a division between subject and object. I am the one seeing that. He is the one doing this to me. We can’t imagine how it would be like to be both subject and object. Just try to imagine it now, you’ll see the mind short-circuits around the idea.

But when we look at reality from a karmic perspective, where every experience is generated by a ripening of a sentient being’s karmic seeds, the kinship of subject and object begins to make sense. 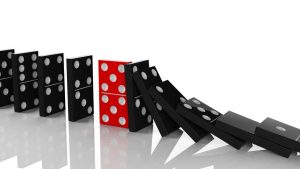 Look at any moment of your life. If you take out the story – the labels, concepts, sense of “I” and direction in time – you have a bare flash of perception. Raw data about the world, inside and out, all coming in one burst. Some of it is in the background of your attention, some in the foreground, but it is all there together.

Bundled in there is a sensation of self, a filter that goes over all your sensory information and says, “this belongs to me, this doesn’t belong to me.”

A single karmic seed creates a single moment of experience, including everything perceived in that moment: external sensations, internal sensations (such as thought and memory), and a sense of ego that divides the actor in the scene from the set.

From this, we find the Yogācārin definition of emptiness: the non-duality of perceiving subject and perceived object.

The Mādhyamikas reject the Yogācārin approach to emptiness and dependent co-arising, since they assert that conventionally, subject and object exist as separate entities.

It’s a thorny topic. However, remember that the Yogācāra teachings are intended as epistemology, not ontology. It’s possible to synthesize the two views, taking Yogācāra as a map of experience through conventional reality while the Mādhyamika view attempts to represent the actual nature of reality.

The process of enlightenment is referred to in the Mind-Only school as āśraya-parāvṛtti or “turning around of the basis,” the basis here being ālaya-vijñāna.

With the sudden overturning of ālaya-vijñāna, the eight consciousnesses are replaced with enlightened cognitive abilities that perceive all objects exactly as they are. 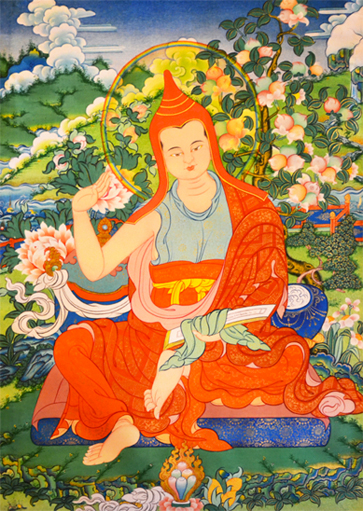 The seventh consciousness, instead of creating a separate ego, generates a complete equality between self and others. Manas no longer grasps the activity of ālaya-vijñāna as its own self. Dissolving any division of internality and externality, this makes it impossible to hold any preference between self-as-perceiver and self-as-other.

The eighth consciousness finally becomes the Great Mirror Cognition (Mahādarśa-jñāna), a perfect, impartial reflection of reality that displays everything without any distortion, prejudice or attachment.

So what are these enlightened cognitions exactly? What are objects like when perceived as they are, without ignorance and self-grasping?

The Yogācārins don’t say. Because this higher reality is non-dual and non-conceptual, it’s impossible to describe in language.

Furthermore, it’s not important to speculate about what reality is really like or what will happen when we become enlightened. We have to find out for ourselves.

This is by no means a definitive guide to the ideas of the Yogācāra school.

As a tradition that flourished for centuries, in a land that was a hotbed of rich spiritual inquiry, it’s incorrect even to categorize Yogācāra as a single uniform school. It had many branches and developments, shaped by opposing voices within the school and in response to the critiques of other traditions.

However, meeting these concepts will give you a taste of the Yogācāra and a framework within which to understand it. I hope you will, in the spirit of the Yogācārins, take this knowledge as fuel for your own meditation.

In the next and final installment of this series, we will zoom in on the Mind-Only view of emptiness, which will give deeper insight in the relationship of Yogācāra to the Mādhyamika.